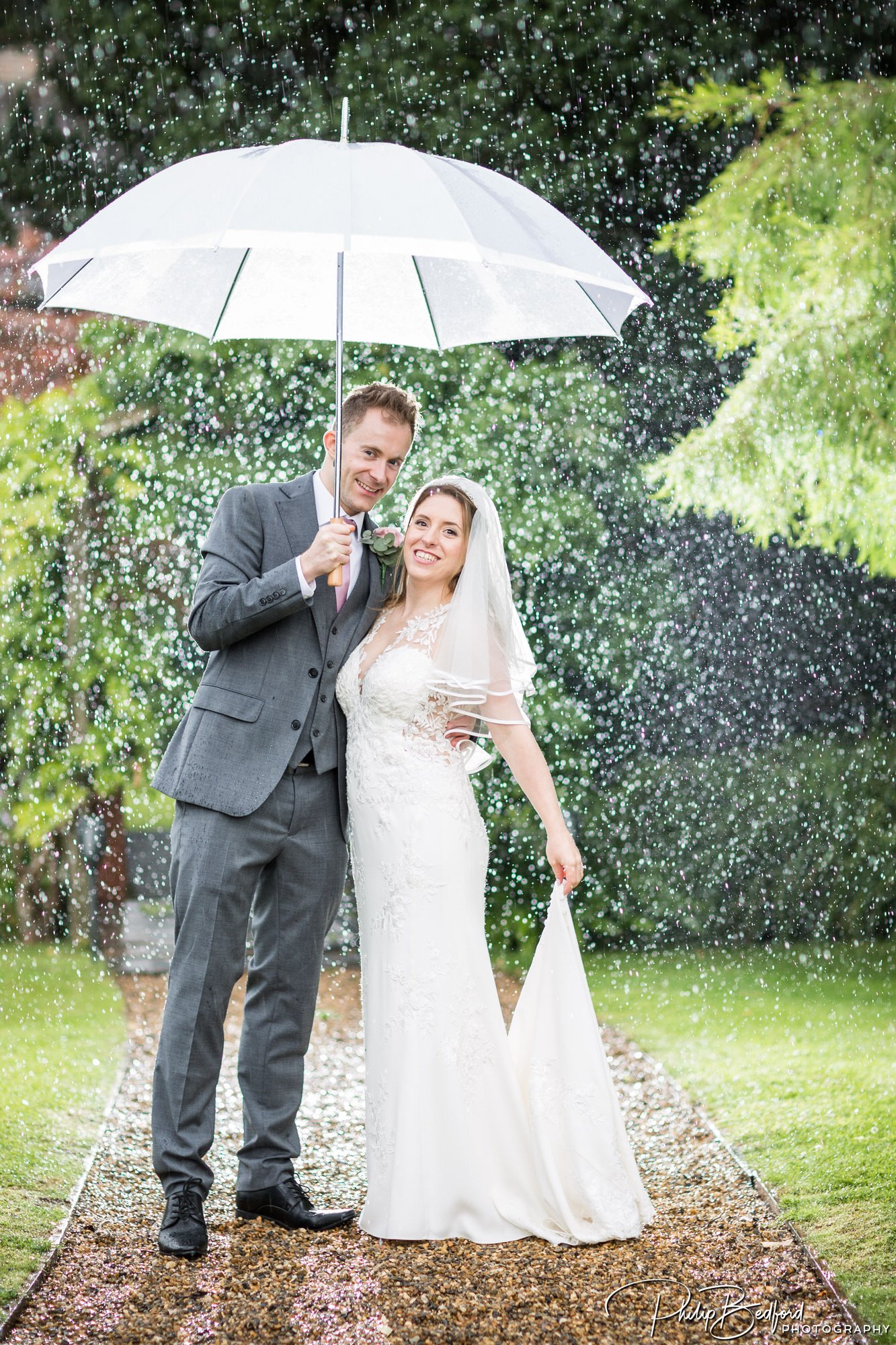 The Brewerstreet Farmhouse Wedding Venue is fantastic come rain or shine! Katie & Doug got married at St Mary’s Church in Caterham with the traditional confetti shots after the ceremony and a couple of photos of them outside the church, alongside a Rolls Royce Silver Cloud. The weather forecast was a bit iffy, but I was optimistic that we would have a fairly dry day, and in hindsight, I was so pleased that we got these shots at the church before the heavens opened when we arrived at the reception venue. But I love wet weather weddings, and this one was amazing!

But the rain won’t stop us! I set up a flash just behind, with a little rain cover over it to protect it from the rain, and a couple of camera tweaks later we were getting some great shots in the rain with the gardens in the background.

Eventually the rain finally ceased and we were then able to explore the lush gardens after they had been very well watered! The textures of the plants after rain is so good for photos as the colours shine through really vividly.

It did start lightly raining again after this, and I really like the soft specks of rain in the shot below.

After the first dance, we headed out for one final photoshoot. We had been hoping for golden hour light, but instead we got something arguable even more atmospheric. The thick clouds provided a dramatic backdrop, and the use of a flash to the right of the shot bought out the contrast of the sky by underexposing it slightly, as well as the reflection in the pond of Brewerstreet Farmhouse. Gotta love those little Mallards in the foreground!

Out to the fields in the back of the farm where the very blue tones were challenging in post production, but the dramatic natural light was great to work with.