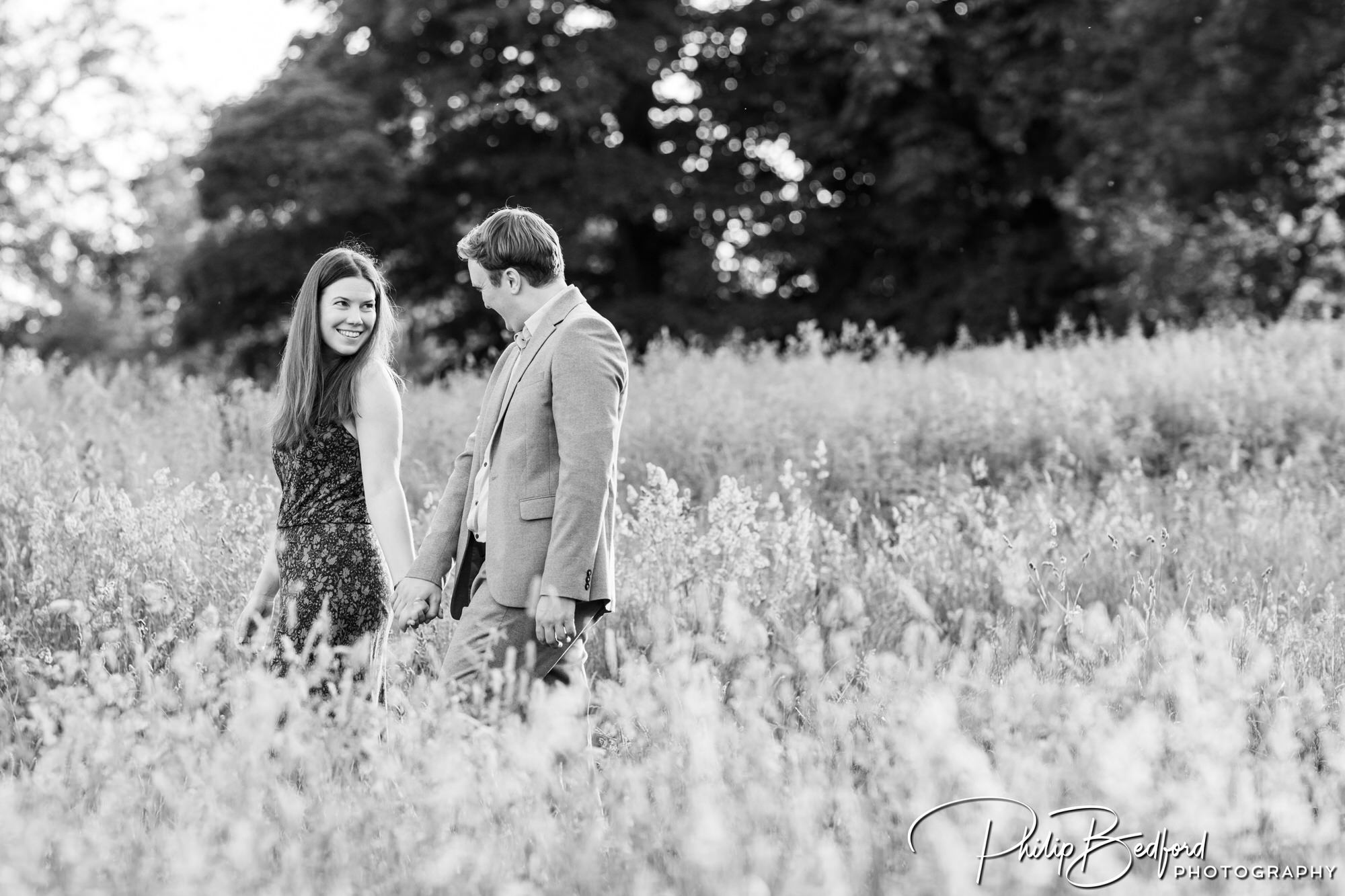 This Hampstead Heath engagement shoot was so much fun. We met by a red phone box near an entrance to the Heath, and this phone box was in great condition (you could even open it up and go inside) – so made for a great spot for our first shots. There was also a long brick wall, which worked really well for some walking shots.

Engagement Photos on the Heath viewpoint

Our next location, just down the path from the red phone box, was the viewpoint over the city to the south. Balancing the exposure with the bright buildings on the horizon was a bit tricky, and got harder in the later shots (see below), but there was a wonderful spot of evening light being cast across the heath through some of the tall trees on the hill.

After a bit of impromptu dancing from Callum, we used some of the wild grasses and the golden hour light for these shots below. You really couldn’t tell that this engagement shoot was in central London!

We managed to also grab some shots by Kenwood House before the gardens surrounding it were closed for the evening. The lake with the bridge had some wildflowers on the banks of water which provided a bit of foreground interest along with the leading lines created by the fence along the water’s edge.

As the sun started to set, most of the heath was in shadow due to it being north facing, but some silhouette shots using the city as a backdrop worked really well. I had bought my extension tube in order to double my focal length on the 70-200mm lens (effectively making it 140mm-400mm) so we could really bring the city skyline closer as part of the backdrop. I love shooting weddings and engagement shoots in London, you can see more of them in the link here.

We returned to the phone box for our final shots, after Olivia & Callum were feeling much more relaxed in front of the camera. The streets were also much quieter so getting these intimate shots was really easy!