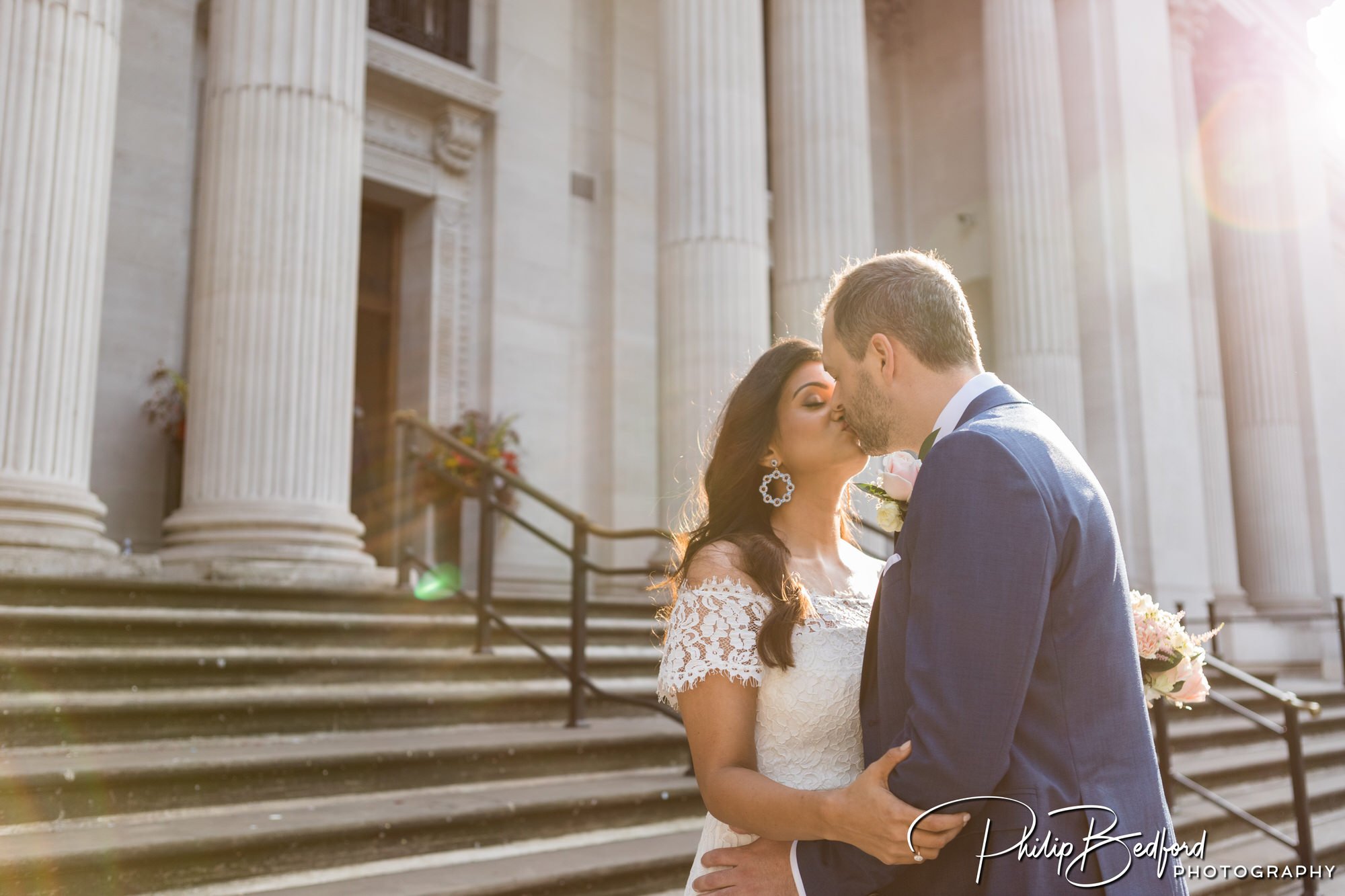 A wedding at Marylebone Old Town Hall with Janice & Richard, who met me at an hour before their civil ceremony for some photographs beforehand. We shot around the beautiful facade of the building, using the pillars and beautiful flowers on display at the entrance to the town hall. This archway was great as a framing element in these portrait photographs.

There are a couple of trees near the entrance, and I wanted to just include them in the top of these compositions. You’ll also spy the lion in the background who is wearing his very own, Westminster-branded, face mask!

It’s rare for me to shoot in the city of London, most of my weddings are in the countryside, so it was really nice to use a lot of the architecture as a backdrop, but still keep to my overall style. The wedding at Marylebone Old Town Hall was a little later in the day, and the lower sunlight was starting to glow in the London streets. A little bit of lens flare and backlighting really helped this shot feel magical.

After a few portrait photographs outside, we went indoors for a beautiful, socially-distanced wedding ceremony in the upper chamber of the building.