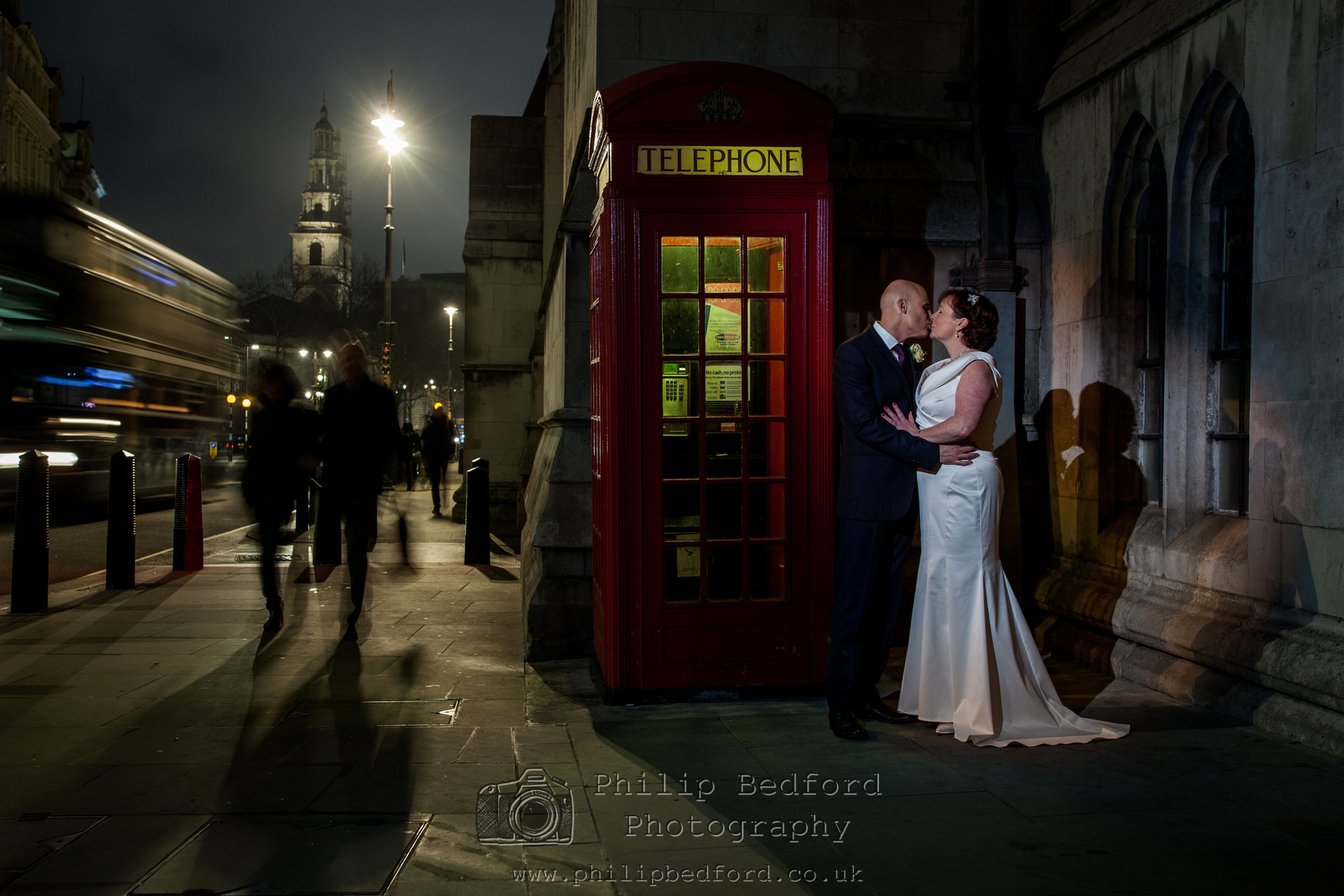 A few shots from yesterday’s wedding at Islington Town Hall and The Old Bank of England in London. The ceremony was at 3.30pm so when we came out it was dark, so I had to create my own light. I used a single flash gun for all these shots, as I couldn’t really carry two around with me, and a wide open aperture to let through loads of light. Obviously, we had to get some shots with the big red London bus!

I’ve been practicing my Christmas tree shots to try and get more of a glow out of them. It’s difficult to balance the light with the tree lights, but it’s getting better!

The image above is my favourite and I almost did an excited dance when I saw it after the shot. The couple are lit with a single flashgun, off camera, using a snoot to centre the light only on them. The shutter is at 1/2 to blur the traffic and people, and I wanted to use the phone booth as a divider, so it felt like a stolen kiss away from the bustle of the city.

Lastly, slightly frustrated at trying to get the christmas lights in the right place at my last wedding, I decided to bring my own! I plugged them in and just wrapped them around the camera lens for this shot to created this pattern of colour!