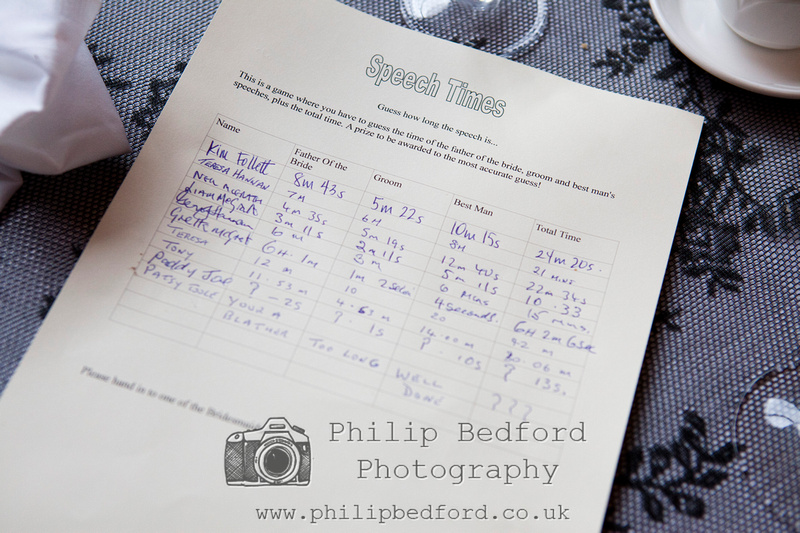 Betting on the wedding speeches

This game seems to get increasingly popular at weddings I’m shooting these days. It involves simply having a raffle, quids-in, whip-round for guessing how long the speeches will be and the person with the closest guess wins the money in the pot. The above version goes slightly beyond this by allowing people to bet how long each speech was (so I’m guessing the pot was split but I really wasn’t paying attention; I was busy working!)

It’s quite fun and as everyone is more invested in the speeches (so it might help if you’re worried no-one is going to be paying attention to the speeches) it makes the whole wedding that bit more exciting. Though be prepared for some heckling as people realise they’ve betted too long or short! 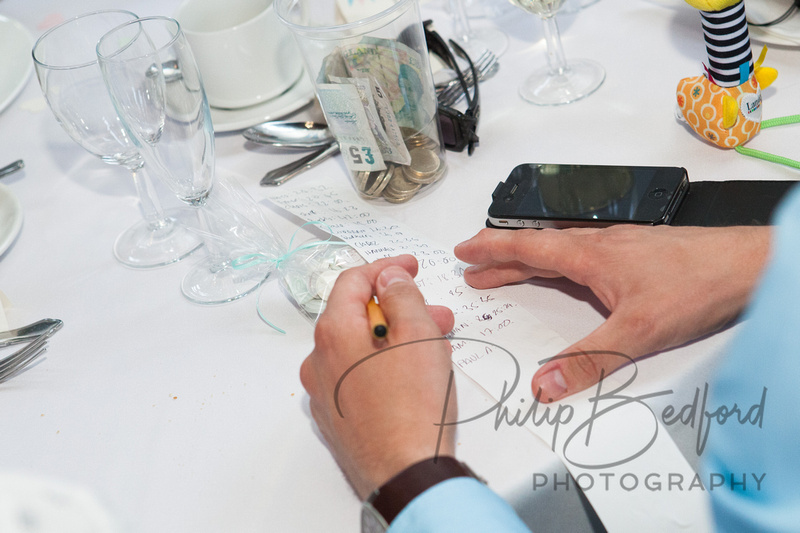 Some organise this officially but many weddings I’ve seen it tends to just be a spur of the moment thing, usually organised by a guest, usher or maybe the best man. It is very simple, get a guest to pass around an empty glass, asking everyone to put in a £1 coin if they’re playing and write their name and guessed time down on a piece of paper. I’ve also seen a version of guess the first dance song, which I thought was quite original and even seen quizzes happen at some weddings! 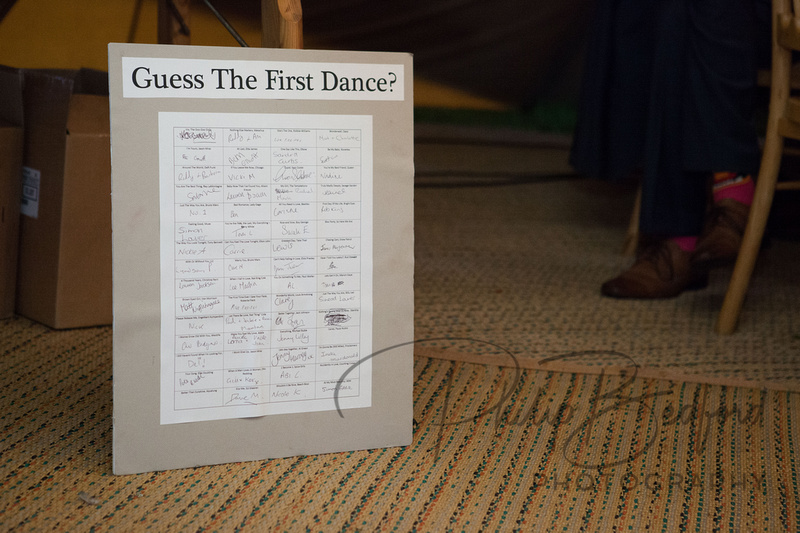 What do you do with the winnings? I think most people who win probably spend it all on drinks for friends and family anyway!  I have seen one man who, after winning the pot, went straight up to the bride and groom and gave them the whole thing. It may not look like much in a glass, but £50 would probably buy all your drinks for that evening (and then some!) I thought it was a wonderful gesture!

So how do you get the timing right? It will depend on the wedding but here are a few insider tips: