I decided to look this tradition up on wikipedia and came across a few interesting facts about the silver sixpence most notably: 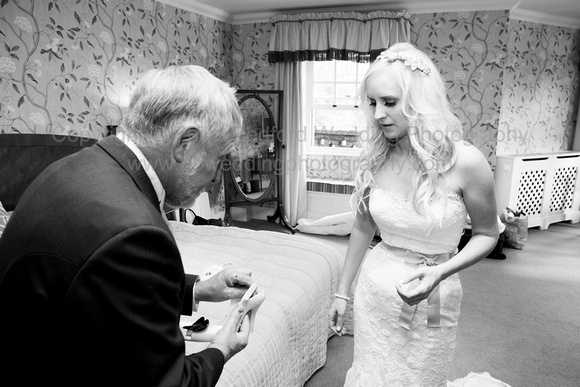 “A silver sixpence in the bride’s shoe is a traditional good luck wedding gesture, and customarily it is the father of the bride who places the sixpence as a token of him wishing her prosperity, love and happiness in her marriage.”

It also states that the coin was first minted in 1551 and ended circulation in 1970 (when the British Pound was introduced instead), a sixpence was the cost of a penguin book from Woolworths in 1930 and Brian May uses one instead of a plectrum! Wow, thanks Wikipedia!

I had wondered about the above quote, as I’ve rarely seen the father put it in the shoe, but when I did it was a lovely moment. Some people wear it inside the shoe, but other’s I’ve found will stick the coin on the bottom of a heeled shoe like this: 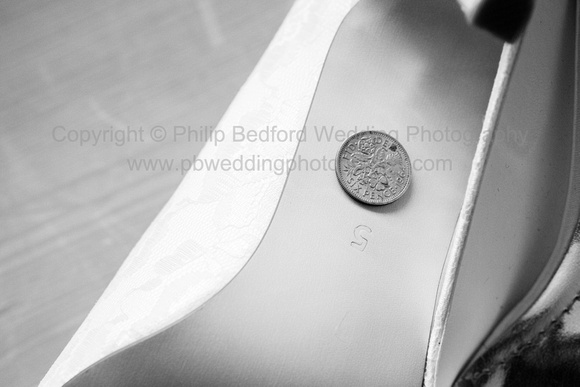 You could buy one from the Royal Mint (One of the oldest businesses in the UK!) for around £30.00 or treat yourself to a vintage edition from a rare coin collector for probably much more! But if you visit a general online retailer or even go for used goods, such as eBay you can probably pick one of these up for between £5-£10.

It’s one of those lovely details of the wedding that can get overlooked, but these little moments make all the difference in making a wedding day truly special. Even if you don’t want Dad to put it in your shoe, make sure your photographer gets a photo or two of it! You might end up popping it on eBay for someone else to use next year!